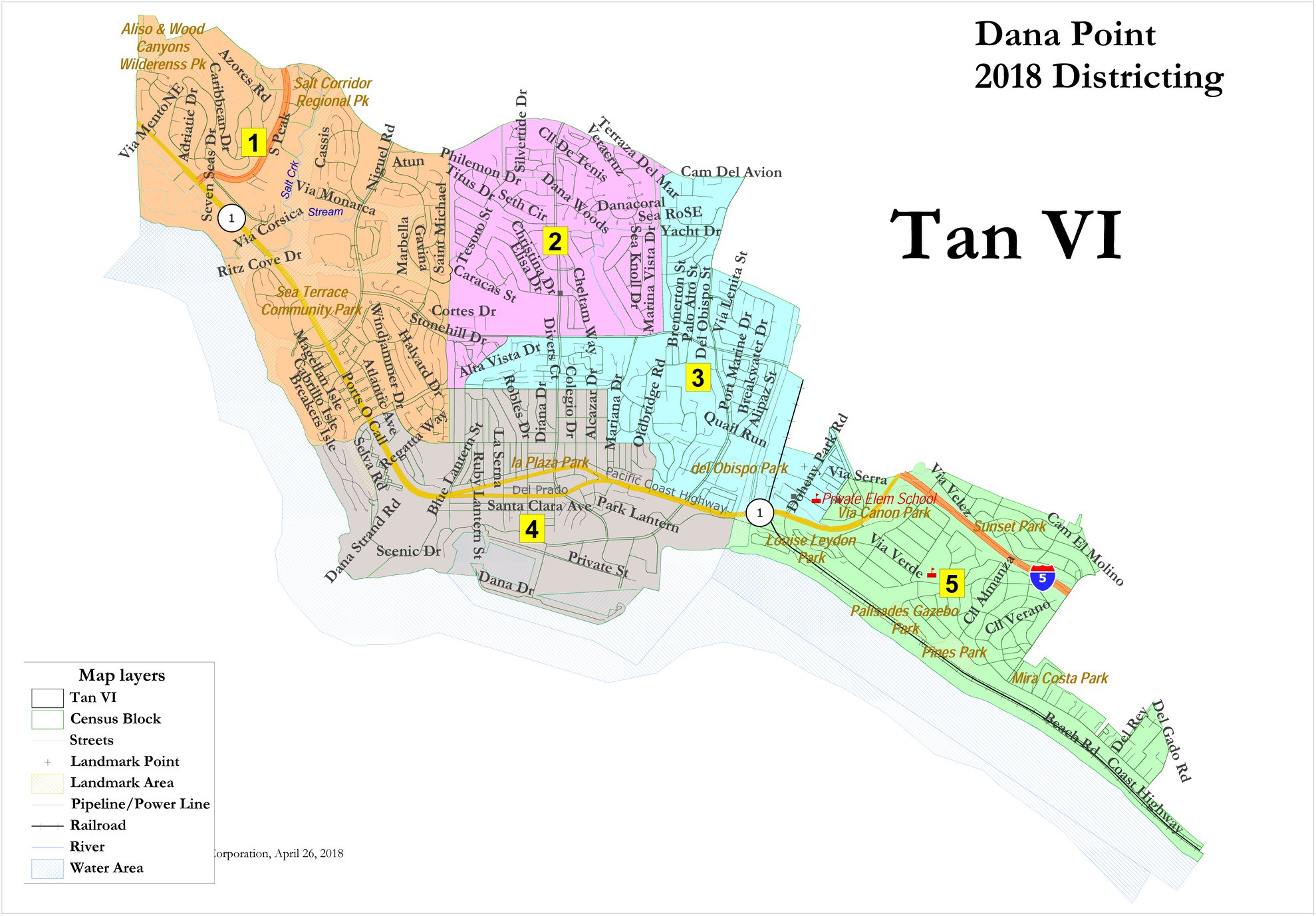 It should be noted that all future city council elections will be affected and alternate. So in 2020, districts 1, 2, and 3 CANNOT vote for city council and district 4 and 5 will get one vote, and so on. Voting rights are being reduced to one vote for a city council candidate in your district every four years.

Dana Point residents were not happy with districting that significantly reduced their voting rights and the fact that communities were being split apart. In spite of the intention of the CVRA, Dana Point’s small minority populations were not a significant factor in determining district boundaries.

It appears that districting might have been delayed until 2020 which would have produced a more informed decision. The response time allowed in the CVRA was irresponsibly shortened by four weeks. The chart shows that by using the entire time, the district maps could not have been submitted to the Orange County Registrar of Voters before its deadline. Instead the city rushed to facilitate districting for 2018.

Because of the rushed process that occurred, many people in Dana Point may be unaware that their voting rights for city council have been diminished or eliminated.

Please spread the word to your Dana Point neighbors.