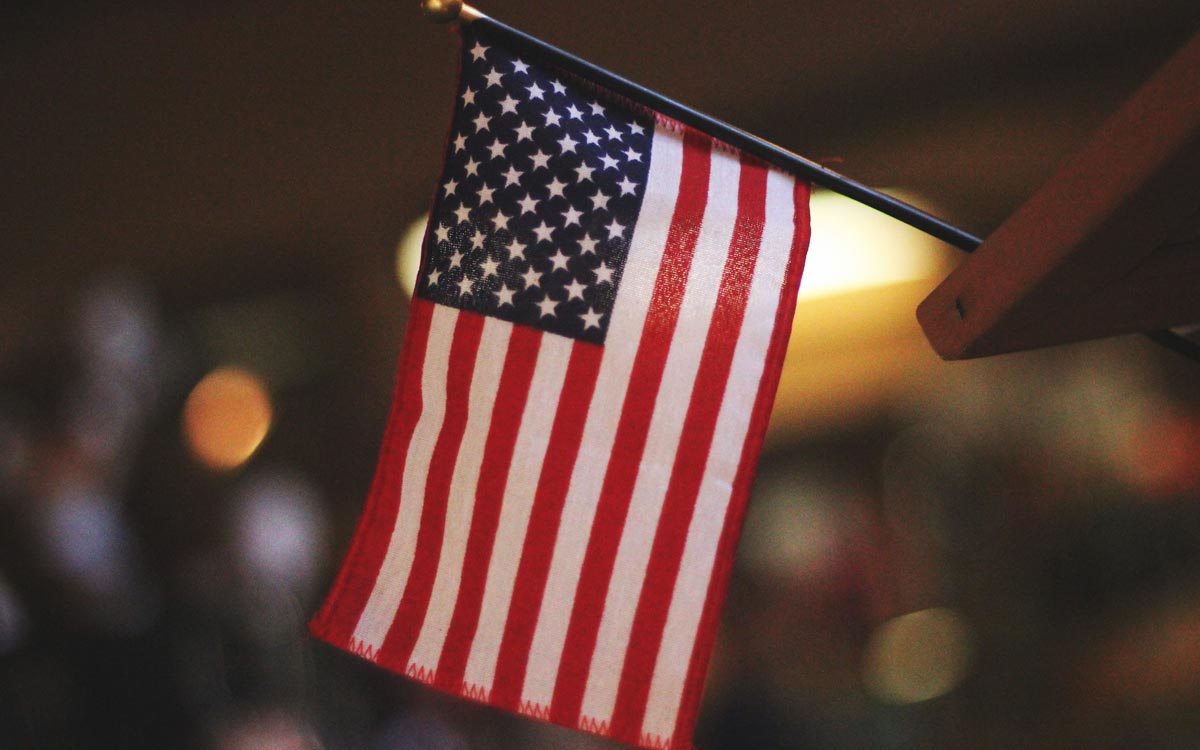 In February 2017, Dana Point received a CVRA letter demanding that the city create voting districts to promote minority voting in the election of the city council. As a result, the city ignored residents and rushed to create five districts that significantly reduced the voting rights of all Dana Point residents for the 2018 and all future city council elections.

Instead of being able to elect all five council members in “at large” elections, voters can now only elect one council member in their district every four years. Residents favored creating four districts with an at-large mayor as a way to allow two votes for city council and be less disruptive to the communities in our 6.5 square mile city.

This is the Tan VI map with five voting districts shown. Also shown is a link for an interactive map on the city’s website where you can find your street. 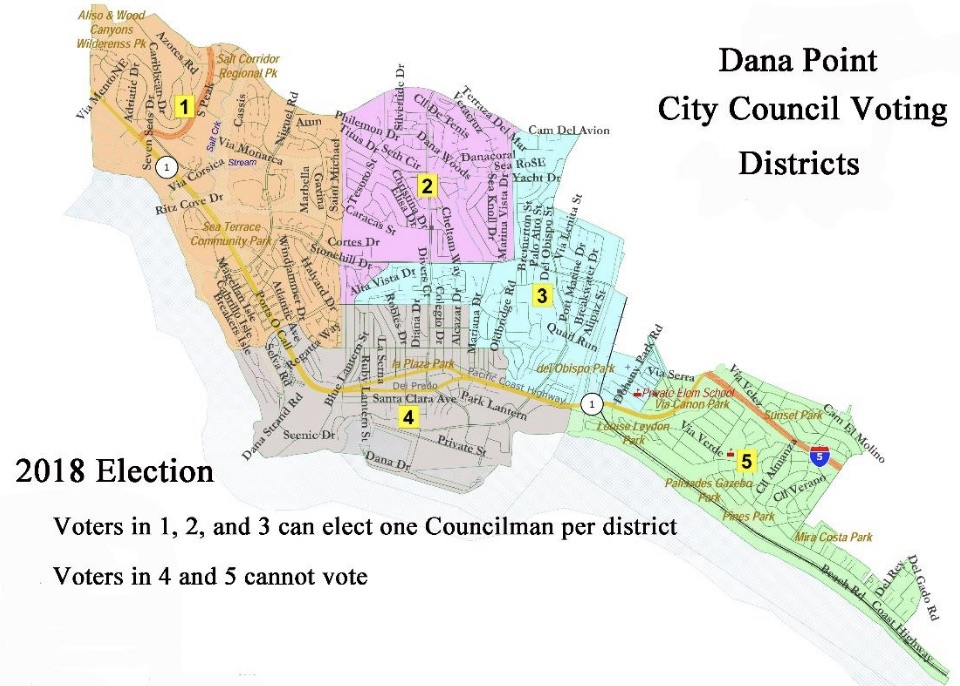 Districting is unfair to all Dana Point residents. It is especially unfair to over 13,000 residents in two of the five Tan VI districts who cannot vote at all in the 2018 election.
Council member Lewis did not support 5 districts, urging the council not to rush the decision but talk to other cities about how they were dealing with their CVRA demands. Recently Mission Viejo announced it was continuing “at large” elections in 2018 while considering the option of cumulative voting. Solana Beach adopted 4 districts with an at-large mayor beginning in 2020.

Find your house by zooming in on the Interactive Map = https://arcg.is/1m1b0W